A well deserved win for Germany 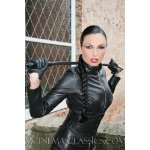 I have been very privileged over the period of this world cup and I have won something very precious as well.

I have no idea if it made any difference to Germany’s win but :

It all started just before Germany’s game against Ghana. I was corresponding with my mistress and owner regarding some other matter when Madame Catarina ended an e-mail instructing me to cross my fingers for  good luck and a German win….I replied that I would cross everything and hope for a German win.

We have no goal. ..do you have your fingers crossed I hope so or do I need to punish you’

In English when we say fingers crossed we usually mean it figuratively but strangely when I had sat down to watch the match that evening I had purposefully crossed my fingers. Maybe it was a premonition, but more likely the simple act of crossing my fingers for the duration of the game had made me feel somehow more of Madame Catarina’s slave and property than if I simply willed Germany to win….and so the die was cast

The pattern was set. At the start of each match I would sit with phone on and fingers crossed willing Germany to win …and thankfully they did each time…I have no idea what my fate would be if they lost….after each match I was allowed to uncross my fingers and we would have a discussion about the match with instructions for me to cross my fingers again for next match…

I have learnt to curse extra time! Crossed fingers (and toes) begin to be really uncomfortable after 90 minutes….

Obviously, with each match the tension mounted and not only in purely footballing terms. I found myself rushing home from work to take my place in front of the TV….the mild discomfort of the crossed fingers reminding me that I was her property and her slave. I willed Germany on to win for her with all my heart I really could not bear for her to be disappointed …also I had no idea how she would decide to punish me if Germany should lose

With each match I could feel my devotion to my goddess and owner strengthen and her power and control over me become more assured. The only change in this procedure was just before half time in the semi-final when Madame Catarina ordered me to uncross the fingers on one hand and get myself a beer to celebrate.

What can I say about the final…a torturous roller coaster…never have I willed a football team on to win so much…..The last minutes of extra time excruciating…not only on the field …perhaps I had crossed things too tightly…and then the final whistle and my fingers released….and my mistress and owner happy.

And I am a winner …I have attained my own world cup…I have realised how absolutely and totally I have become the property of Madame Catarina, how being her property is the pinnacle of slavery…and how blessed I am.

And my reward for crossing my fingers…the next time I visit my mistress and owner in Berlin I will be taken to the ‘hidden Torture Farm’….. 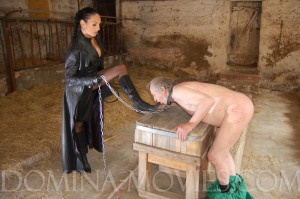 I hate to imagine what would have happened to the slave serving Madame Catarina today if Germany had not won!

I am the property and 24/7 slave and butler of the divine Madam Catarina of Berlin.
View all posts by Slave PJ →
This entry was posted in Uncategorized. Bookmark the permalink.